A hefty pharma IPO is coming to Hong Kong.

Simcere isn’t one of the group of pre-revenue biotechs taking advantage of Hong Kong’s 2-year-old new rules that opened up the stock exchange. A closer counterpart would be Hansoh, which reaped a $1 billion windfall from its HKEX debut a year ago: a storied powerhouse company that bags sizable revenue from a slate of older generic drugs. (Coincidentally, both companies have headquarters in the province of Jiangsu.) 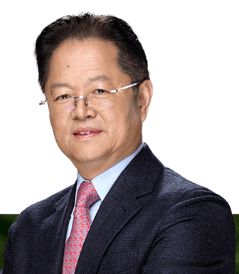 Even those who are not familiar with the company would instantly recognize its partners: Over the years, Simcere has inked collaborations with Bristol Myers Squibb and Amgen, where it would develop and promote their drugs in China.

But it’s 2020 and older or me-too drugs — even when coupled with a formidable sales force — aren’t going to cut it.

Jinsheng Ren, the company’s founder, chairman and CEO, saw the tide turning by 2013. That year, he led a consortium to take Simcere private after six years listed on the NYSE. At the same time, he made “innovation” a key theme, incubating new domestic startups while buying into global venture funds such as MPM Capital and Ally Bridge Group.

With a Hong Kong subsidiary set up in 2015, Simcere was rumored to be seeking a $1 billion raise as early as 2016, although it never did materialize.

With a new manufacturing plant — its fifth — for monoclonal antibodies and other biologics slated to come online in June, Simcere sees CAR-T and other cell therapies as its new frontier. The R&D center in Boston, established in late 2019, will take the lead on these advanced technologies.

Look for more deals, too, execs wrote in the S-1: